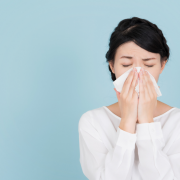 This time of the year isn’t easy for hay fever sufferers and people often hunt for the best remedies to reduce their symptoms. Hay fever tablets work to some extent, but not always for those who suffer severely. They also come with side effects, meaning the popularity of natural hay fever remedies is increasing.

In this article, I’ll list the best natural remedies for hay fever that you can try, and how they can work to make you feel better. Firstly, here’s how natural hay fever remedies generally work:

Some of the best hay fever remedies for you to consider:

Garlic is a natural antibiotic that helps to boost your immune system, making it beneficial to use when hay fever is affecting your body. By having a stronger immune system, your body is more able to fight off histamines (the cause of the hay fever symptoms). The severity of the allergic symptoms is reduced.

Honey has some brilliant healing properties and its pollen and plant compounds help to produce immunity in the body naturally. A study has shown that when honey is consumed in high doses, it can significantly improve hay fever symptoms.

Stinging nettle has antioxidant and anti-inflammatory properties and is a natural antihistamine as it contains quercetin. This makes it a perfect natural remedy for treating hay fever. One study has found that freeze-dried nettles helped to relieve hay fever symptoms in 58% of participants.

Nettles can be added to soups, omelettes and risottos, but don’t eat them raw as they will sting! Cooking them will destroy the stinging formic acid. Alternatively, make nettle tea by steeping dried leaves in hot water for around 10 minutes. Make sure the tea is covered so the beneficial compounds don’t escape.

Elderberry flowers have anti-inflammatory properties and help to reduce the build-up of mucus in the body. Ideally, you should begin drinking an infusion of elderflowers daily in late winter and before the spring begins, then continue throughout the hay fever season. But it’s never too late to begin drinking elderflower tea. Or an alternative to tea is organic elderflower cordial.

Turmeric is well-known for its painkilling and antioxidant properties. It has a long list of health benefits and has long been used in Indian and Chinese medicine for a variety is ailments and diseases.

The active component in turmeric is curcumin which has antiallergic properties, helping to block mast cells from releasing histamine. As well as this, turmeric helps to reduce inflammation in the sinuses and respiratory tract. It’s highly beneficial not just for hay fever sufferers, but also for those suffering from asthma and other allergies.

Use lots of turmeric in curry dishes and soups. Also add some pepper to your dishes as well for better absorption of curcumin into your body.

Thyme is a herb that has been widely used in herbal medicine for chest and respiratory complaints, including coughs and chest congestion. It’s a powerful antioxidant that helps the body fight infection, and a good source of vitamin C.

Thyme is good to use when your eyes and nose are watering, due to its drying effect. To use, pour a cup of boiling water onto 2 teaspoons of the dried herb and let it infuse for 10 minutes.

Want to join the discussion?
Feel free to contribute!

The benefits of nutritional therapy